In my handout you see that here the general definition of under the ‘Specified Domestic Entity’ table we see the general definition here directly from the Treasury Regulations 1.6038D-6(a) and it says: ‘A specified domestic entity is a domestic corporation, a domestic partnership or a trust described in IRC Section 7701(a)(30)(E), if such a corporation, partnership, or trust is formed or availed of for the purpose of holding, directly or indirectly, ‘Specified Foreign Financial Assets‘.

Wow, what a sentence, huh?! Let’s read it again. ‘A Specified Domestic Entity’ is a domestic corporation, domestic partnership and a trust described in IRC Section 7701(a)(30)(E), if such a corporation, partnership or trust is formed or availed of for the purposes of holding directly or indirectly ‘Specified Foreign Financial Assets‘.

You know, one of the reasons why I love international tax law is because every clause requires further interpretation. Let’s see, pretty much everything here is subject to further analysis. Let’s take this sentence apart. So we see here ‘Specified Foreign Financial Assets‘; we already talked about them; we have a full description of them or I shouldn’t say full description of them; it’s as comprehensive as I can make them. At this point obviously there are assets with equivalent to the assets that you have listed in your handout and that would be required to be reported on form 8938.

In actuality, there are certain rules which can make an entity that is formed in the United States a foreign partnership. We’re not going to touch those today.

And then a trust described in IRC Section 7701(a)(L)(1)(830)E, basically they’re talking about ‘Domestic Trust’. There’s a Section 7701(a)(30)(E); it describes two tests: the control test and the court test that must be met in order for the trust to be designated as a domestic trust.

Okay, now we’re going to get to the most interesting part: ‘Formed or Availed of‘ for purposes of holding ‘Specified Foreign Financial Assets’. Now you know if you just read the sentence, you would think the IRS is talking about an entity formed with the intention of holding ‘Specified Foreign Financial Assets‘. That there’s going to be a discussion of intent, that something we have to dig into the evidence, dig into the facts: what was the purpose of establishing the entity? Nothing like that. It has, the intent here has no role whatsoever.

‘Formed or Availed of‘ for purposes of holding ‘Specified Foreign Financial Assets‘ – it actually means slightly different things for foreign corporations and partnerships vs. trusts, but it actually means compliant with specific requirements.

Now what are these ‘specific requirements’? Let’s start with the corporations of partnerships because it’s a more complex analysis. Here on the second box, I have a description, a general description that a corporation of a partnership have to pass a closely-held test and a passive test. 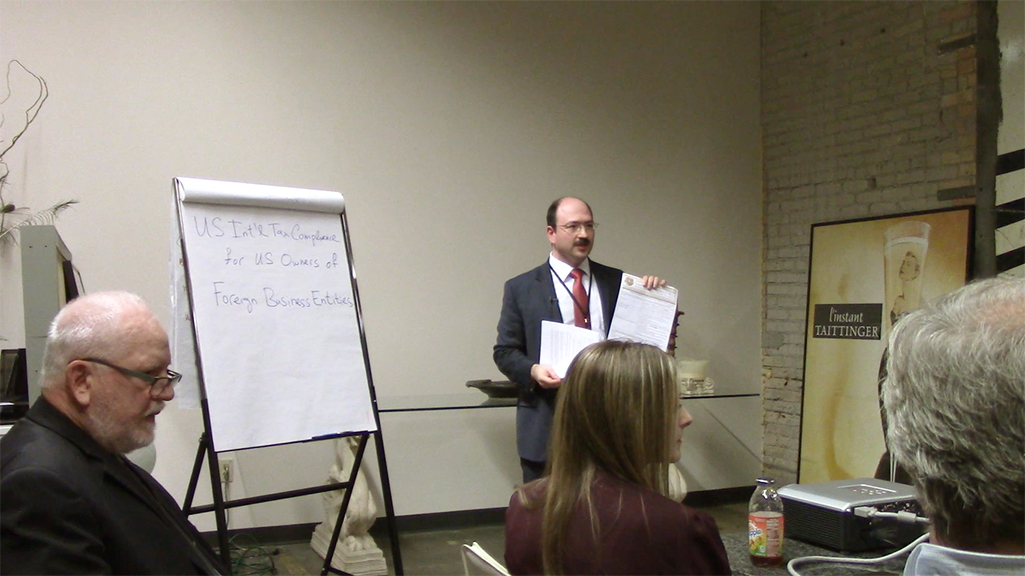