Foreign Investment in Real Property Tax Act (also referred to as “FIRPTA”) is the most important tax law for foreign investors in US real estate. Not only does FIRPTA determine the tax treatment of the gains on the real estate owned by nonresident aliens, but it also establishes the famous FIRPTA tax withholding mechanism that is important not only to foreign investors, but also to the entire US real estate industry as well as the US buyers of real estate.

In this article, I intend to provide a general introduction to Foreign Investment in Real Property Tax Act. In the subsequent articles, I will provide a more detailed exploration of each individual part of FIRPTA. 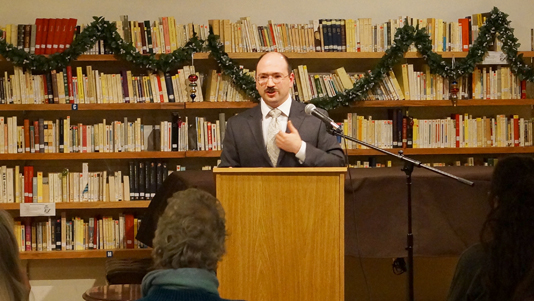 In essence, FIRPTA forced the nonresident aliens to recognize gain upon disposition of the so-called “US real property interest” (a term of art specifically defined in the Treasury regulations), though a number of exceptions remained. In addition, FIRPTA established a powerful tax withholding mechanism by requiring buyers to act as a withholding agent and withhold 10% of the gross sales price from the payment to a nonresident alien seller.

Obviously, FIRPTA was intended to protect the US purchasers from a flood of foreign investors who could drive up the prices of US real estate. However, over the years, an opposition arose to FIRPTA, especially as the IRS expanded the reach of FIRPTA in its rulings.

The Protecting Americans from Tax Hikes Act (the PATH Act) passed in 2015 was a compromise decision which was meant to encourage certain foreign investment in US real estate while adjusting the withholding rate higher to make up for lost revenue as well as to put it in line with the higher US capital gains tax rate. The PATH act generally increased the tax withholding rate to 15% from the prior 10%, exempted certain qualified foreign pension funds from FIRPTA tax withholding, increased the exemption threshold for publicly traded stock exception, introduced certain changes to domestically-controlled REITs and modified the eligibility criteria for the so-called FIRPTA cleansing rule.

As I already stated above, the most important part of the Foreign Investment in Real Property Tax Act is the imposition of tax on the disposition US Real Property Interest (the “Disposition”). However, FIRPTA goes further than just subjecting nonresident aliens to a new tax. It actually treats any gain or loss from such a Disposition as income effectively connected with a US trade or business.

In other words, under the Foreign Investment in Real Property Tax Act, the gain or loss from a Disposition is treated according to the regular US income tax laws, including progressive tax rates in some situations and capital gain tax rates in others. This means that, if it is a property directly owned by a nonresident alien, the Disposition gains will generally be taxed at the rate of 15% to most likely 20% (depending on the tax bracket of the nonresident alien). On the other hand, if the nonresident alien owns the real property through a US corporation, the Disposition will generally be taxed at 35% corporate tax rate. Obviously, the exact rates are subject to change due to future changes of the US tax law and the potential variations within the ownership structure.

The Foreign Investment in Real Property Tax Act also generally requires the withholding of 15% of the gross sales price on the Disposition by a non-resident alien. There are a number of exceptions available to the tax withholding rule, but the buyer needs to make sure that all of the requirements for an exception are met (otherwise, he himself may end up being liable for the failure to withhold the tax with penalties and interest).

It is important to understand that the FIRPTA tax withholding acts as a credit against the capital tax due. In other words, a non-resident alien can later file Form 1040NR to claim a tax refund if the FIRPTA withholding exceeds the actual tax due.

If you are involved in a transaction where a seller of a US real property interest is a nonresident alien, you may be facing the enormously complex FIRPTA requirements. The introduction provided in this article is merely the tip of the FIRPTA iceberg. Numerous tax reporting requirements, complex tax forms and tax withholding compliance traps make FIRPTA one of the most dangerous US tax laws for almost all parties involved in a disposition of a US real estate property interest by a nonresident alien.

Contact Sherayzen Law Office for Professional Help with the Tax Requirements of the Foreign Investment in Real Property Tax Act!