On December 19, 2018, the UK officials confirmed that Bitcoin payments received by UK tax residents will be subject to UK taxation. The HMRC is now clear: digital currency is not a currency or money.

The exact purpose of a Bitcoin transaction seems to determine the exact tax treatment of it. For example, if you just own cryptocurrency like Bitcoin that you later sell, then the Bitcoin is treated as an investment asset; any subject such Bitcoin payments will be subject to the UK capital gain taxes. Similarly, if you mine Bitcoins on an occasional basis, then it is also taxed as a capital gain.

However, if the mining of Bitcoins rises to the level of doing business, then it would be treated as income gains as part of a financial trade and subject to ordinary income taxation.

Moreover, if a UK employee receives Bitcoin payments from his employer, these payments will be subject to UK payroll taxes. The amount to be taxed will be based on the “best reasonable estimate” of the value received. It also appears that the employer may need to recognize a capital gain in certain situations.

The most interesting guidance appears to be with respect to Bitcoins received and given away for free as well as stolen Bitcoins. If a Bitcoin received for free (rather than received a payment for a service), then it may actually be tax free. It is not clear what the cost-basis would be in such a Bitcoin.

Stolen Bitcoins do not appear to produce any tax consequences, because, paradoxically, HMRC appears to consider such Bitcoins as still owned by the same taxpayers. If a taxpayer forgets his password needed to access his Bitcoins, however, he may be able to claim a loss if he persuades HMRC that he will never remember the password. It is not clear at all how the taxpayer would be able to do so.

The recent HMRC guidance concerning Bitcoin payments is highly important and seems to be mostly aligned with that of the IRS in the United States. Sherayzen Law Office advises its clients on the US tax consequences of Bitcoin transactions. Contact Us Today to Schedule a Confidential Consultation! 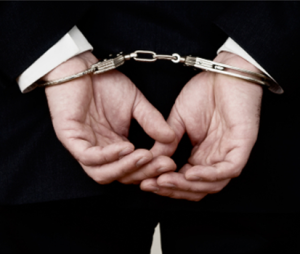 Bitcoin Offshore Abusive Tax scheme is now at the center of the new war against offshore tax noncompliance. The IRS started this war on November 17, 2016, with the John Doe Summons petition against Coinbase, Inc., the largest US bitcoin exchanger. In this petition, the IRS Revenue Agent David Utzke details one variation of the Bitcoin Offshore Abusive Tax scheme that seems to be the main target of the IRS battle against Coinbase. Let’s discuss it in more detail.

In the petition, the IRS first provided a description of a common traditional offshore abusive tax scheme based on a real-life example of “Taxpayer 1″. In this scheme, Taxpayer 1 retained the services of a foreign promoter who set up a controlled foreign corporation which was merely a shell corporation. The corporation first diverted the taxpayer’s income to a foreign brokerage account and, then, to a foreign bank account. After the funds were transferred to a foreign bank account, Taxpayer 1 was able to repatriate the funds as cash (US dollars) through an ATM machine.

Obviously, this scheme had a number of disadvantages. First, it was not cheap: Taxpayer 1 had to retain foreign attorneys and engage in various other regulatory expenses.

Second and most importantly, the entire scheme was done in US dollars and, hence, ran a relatively high risk of the IRS detection. If the IRS discovered the scheme, it would not be difficult to trace it directly to Taxpayer 1. The weakest point of the scheme was the repatriation in US dollars of the hidden income.

When Taxpayer 1 discovered bitcoins, he adopted a new model which I will call a Bitcoin Offshore Abusive Tax Scheme. The first two steps (i.e. the diversion of income) were the same – a controlled foreign shell corporation was set up and the funds were diverted to a foreign account.

The difference between the schemes was really in the repatriation process. Under the Bitcoin Offshore Abusive Tax Scheme, the funds from a foreign account were moved to a bank which worked with a virtual currency exchanger (such as Coinbase), converted to bitcoins and placed in a virtual currency account. Then, the taxpayer used the bitcoins to anonymously purchase goods and services without ever converting the hidden income into US dollars. Under this process, Taxpayer 1 had hoped to avoid the IRS detection of the repatriation of funds.

The biggest advantage of the Bitcoin Offshore Abusive Tax Scheme is its ability to protect a taxpayer from the IRS detection when he tries to repatriate the undisclosed income back to the United States. Since bitcoin ownership and purchases are done anonymously and without conversion to US dollars, the IRS may never be able to detect tax noncompliance.

Revenue Agent Utzke himself states in the petition that “because there is no third-party reporting of virtual currency transactions for tax purposes, the risk/reward ratio for a taxpayer in the virtual currency environment is extremely low, and the likelihood of underreporting is significant”.

Indeed, it appears that Taxpayer 1 was highly successful in his Bitcoin Offshore Abusive Tax Scheme. The discovery of that scheme was only made possible due to the voluntary disclosure of Taxpayer 1 to the IRS (most likely Taxpayer 1 prudently decided to enter the OVDP).

Given this fact, it is little surprise that the IRS decided to begin a war against abusive tax schemes involving virtual currencies and, especially, bitcoins. The John Doe Summons Petition against Coinbase is the first battle of this war against the Bitcoin Offshore Abusive Tax Scheme.

Given the IRS victory in its battle against Swiss banks, it is very likely that, in one form or another, the IRS will prevail against Coinbase and the virtual currency industry in general. This victory will result in the exposure of noncompliant US taxpayers who will then face a litany of draconian IRS penalties, including possibly criminal penalties and jail time.

Given this precarious legal environment and the significant risk of the IRS detection, noncompliant US taxpayers should consider doing a voluntary disclosure while they have the ability to do so. Once the IRS identifies noncompliant taxpayers and commences investigations against them, these taxpayers may lose forever the ability to do a voluntary disclosure to avoid criminal penalties and reduce civil penalties.

This is why these taxpayers urgently need to contact an international tax lawyer to consider their voluntary disclosure options.

If you are a US taxpayer who has engaged in a Bitcoin Offshore Abusive Tax Scheme or any other tax noncompliance involving bitcoins, you should contact Sherayzen Law Office for professional help as soon as possible. Our legal and accounting team has helped hundreds of US taxpayers with their voluntary disclosures and we can help You!